[Today’s special piece is dedicated to two professors of international relations, Dhaka university, whom I had the pleasure of watching on private TV channels, responding to news of Osama bin Laden’s death. One of them, while replying to its expected impact on Muslim extremists, spoke (only) of the latter’s `distorted mindset’ while the other, more forthcoming, spoke of how the world was still a better place because of US leadership. Political naivete, I guess, has a certain overarching appeal. I will write exclusively on this some other day].

Justice has been done, declared US president Barack Obama, in a televised address to the nation on May 1 night. Osama bin Laden, leader of al Qaeda, has been killed. Years of painstaking work by the US intelligence community had led to a possible lead last August, which indicated that the “mass murderer”?whose organisation had carried out the “9/11 attacks,” who had “openly declared war on the United States”?was hiding away in Abbottabad, deep inside Pakistan. A small team of Americans had conducted the targeted operation. Bin Laden had been killed in the ensuing firefight. No Americans were harmed. No civilian casualties either. Senior administration officials offered more details in a subsequent press briefing: 3 adult males (Laden’s adult son, 2 male couriers) were also killed. As was a woman, who was used as a human shield by a combatant.
END_OF_DOCUMENT_TOKEN_TO_BE_REPLACED 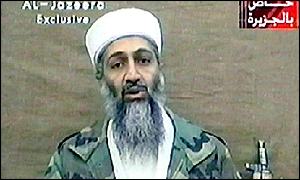