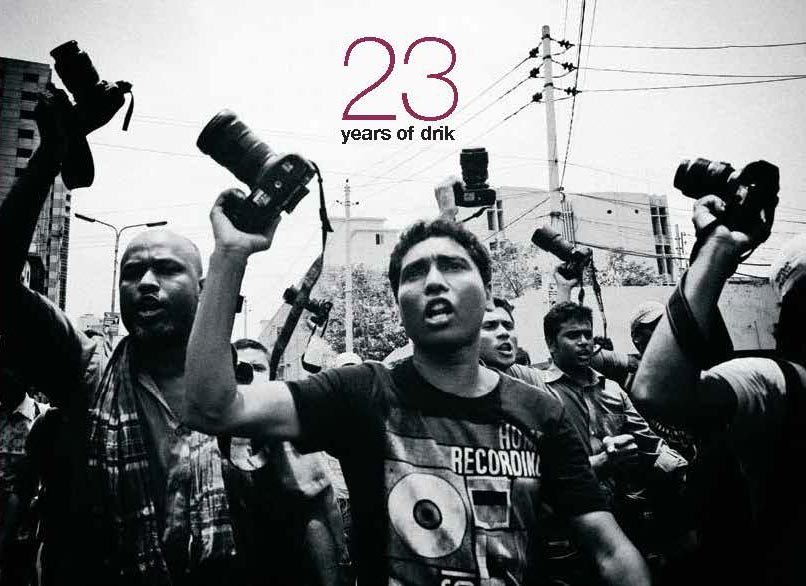 23?years of drik
Dear Friend,
Drik invites you to celebrate 23 years of its existence with a series of special events.
National Geographic Photographer and Humanitarian Reza Deghati will be with us on Tuesday, 4 September 2012, 6.00 pm at Drik Gallery.
Artist and curator Wakilur Rahman will deliver the fourth Golam Kasem Daddy Lecture Series and Majority World will present Insider, outsider?, a photography exhibition that challenges perceptions of the developing world.
A special display of vintage photographic prints from the Drik archives presents a unique opportunity of special interest to art collectors, but these rare prints will also appeal to the photo enthusiast. This will be the first ever sale of these prints.
Moving News to Digital Platforms, Drik?s unique initiative to create a network of Rural Visual Journalists will also be presented.
Do join us,
Drikbashi
The programme will be live cast at www.drik.tv (12 noon GMT). END_OF_DOCUMENT_TOKEN_TO_BE_REPLACED

Theme: Fragility
Submission Deadline:?31 July, 2012
The sweeping gestures of photography have thrived on extremes. Great things, epic moments, the wretched, the vile, the dispossessed, the celebrated and the trodden, have all found themselves facing the lens. Photography has exalted suffering, celebrated the vain. Quiet moments, reflective spirits, the hesitant step, the furtive glance have rarely made headlines. Perceived as being unworthy of the shutter.
The shutter speed of 125th of a second reserved for momentous slices of time, never slows down enough to listen to the sighs of the silent. Photography therefore is a selective witness. The history it records, a filtered history. It is a filtration different from the dominant narrative of the victor that history has been guilty of. This is more insidious, as it seeps into the very core of our consciousness. I smile for my grandma’s camera. The photojournalist waits for my tear to drop. The moments in between go unrecorded. A staccato history of grand gestures and seminal moments fails to record the nuanced lives we all live. END_OF_DOCUMENT_TOKEN_TO_BE_REPLACED 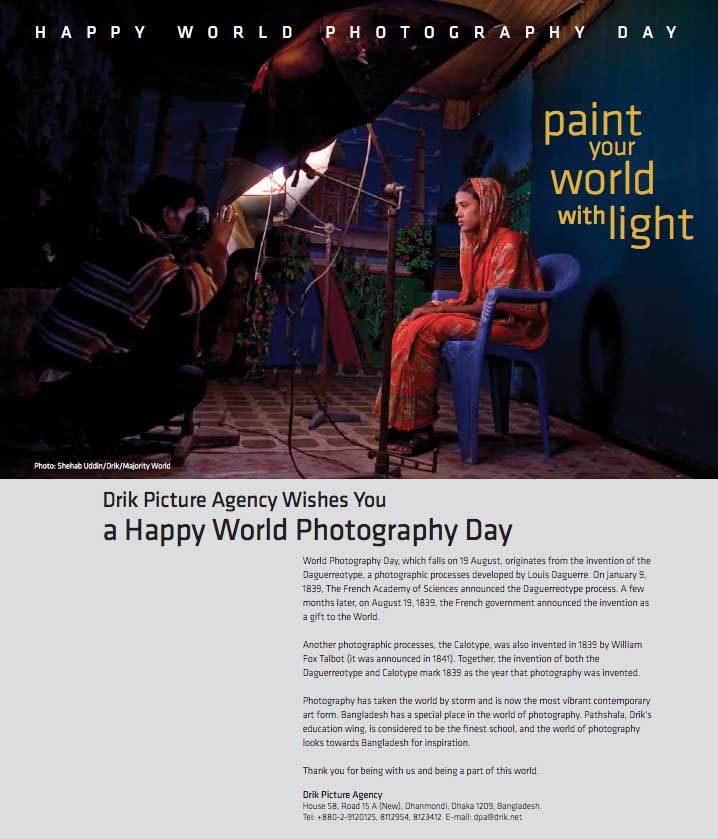 
Dhaka, Bangladesh. February 2, 2011: Chobi Mela VI ? International Festival of Photography draws to a close on a high note after a two weeks long showcasing of creative talent in 29 print and 31 digital exhibitions. The last day to catch the exhibitions will be 3 February 2011 and they will be at the Bangladesh Shilpakala Academy, Alliance Francaise de Dhaka, The Asiatic Gallery of Fine Arts, The British Council, Drik Gallery, The Goethe-Institut and the Lichutola at Faculty of Fine Arts, University of Dhaka.

?The overwhelming sense of Chobi Mela VI in Dhaka, Bangladesh, in Asia at the beginning of what has been described as the Asian Century is one of potential. Huge creative potential, the potential to change the narrative of the global community, recast its mythologies and restate its essence,? says visitor Chris Riley from U.S.A.. ?From Dhaka the stories must be different; they must be from a different perspective and in a different form. This is the Chobi Mela challenge: to emerge into the world and change it.?

Dhaka?s young band of photographers is more than ready to take up the challenge. There outlook is fresh and the creativity of their work is impressive. The euphoria, the excitement among the young and the veterans was palpable. The old hands were free with their advice but the young were not averse to arguing and holding on to their positions. A comment by Chris Riley sums up the festival aptly. ?The brilliance of Chobi Mela persistently emerges as a near contact sport between the past and the future, old and young.?

Dr. Shahidul Alam, Festival Director recalls how people were incredulous when Drik decided to set up its own festival of photography, which would showcase the work of Bangladeshi artist alongside the most exciting work from the rest of the world. Against all odds the Chobi Mela festival has gone from strength to strength. ?If impossibility is a criterion for success, then Chobi Mela has all the credentials,? says Alam.

To achieve this success Drik additionally used new technologies to include a global audience by live broadcast on Drik TV ( www.drik.tv) the inauguration at the National Theatre Auditorium, Bangladesh Shilpakala Academy and the evening presentations at Goethe Institut from 21-27 January.