Old Photos – great find about life in India over 100 years ago….

The most interesting discoveries are indeed made in the most unlikely of places: a?treasure-trove?of photographs, documenting life in?Indiaover 100 years ago during the?British Raj, has recently been found in a shoebox in Edinburgh.A total of 178 negatives were found in a shoebox for a pair of grey, size 9,?Peter Lord?slip-on shoes by the?Royal Commission on the Ancient and Historical Monuments of Scotland(RCAHMS). The stunning negatives were stored in 5? by 8? plate boxes and had been wrapped in copies of?The Statesman?newspaper of 1914.Nothing is yet known about the photographer of these historic images, although efforts are on to find out his or her identity.Among the images are some that depict the celebrations for the visit of?King George V?and Queen Mary to?Calcutta?in 1912 with the city?s buildings all lit up. Others show pilgrims gathered for a religious festival; merchants selling their wares outside the?Jagannath temple?in?Orissa; labourers pulling carts loaded with crates at (probably) the?Howrah station, while another shows a woman standing outside a house, most likely, in Darjeeling.Take a look at these amazing photographs from a bygone era and marvel at what life was like for the common Indian during the British rule. 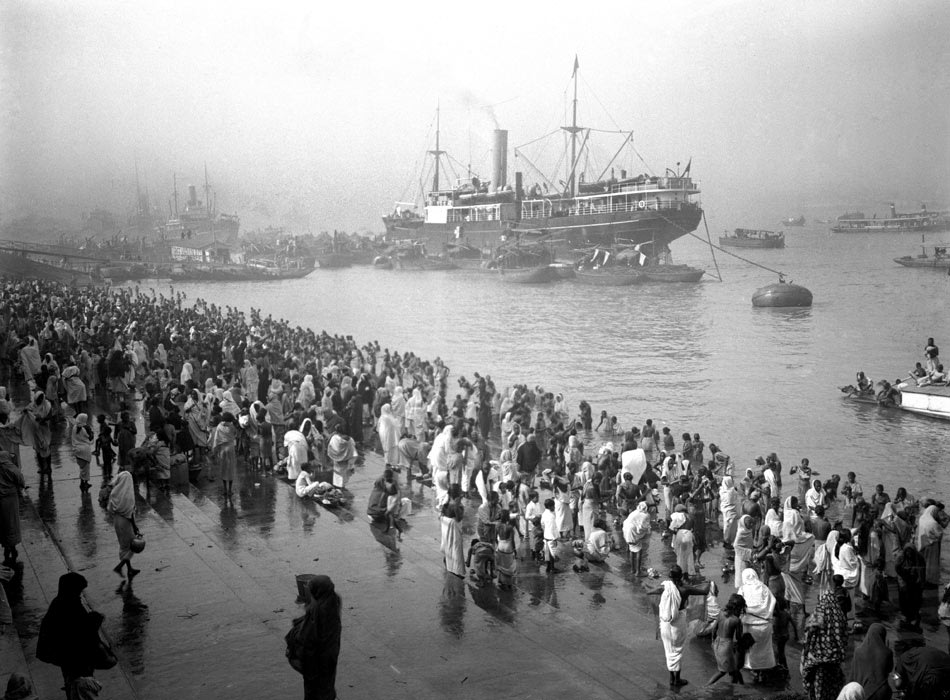