Shahidul Alam on photography for change

Shahidul Alam walked on stage on Thursday wearing a marigold-colored salwar kameez, a camera over his left shoulder, and a beltpack slung around his hips. There was no mistaking his calling. The Bangladeshi photographer, activist and social entrepreneur has almost single-handedly rebalanced the world of photojournalism, long dominated by Western photographers and their worldview. He has shifted its lens eastward and southward by training legions of photographers in his homeland, creating an award-winning photo agency to sell their work and founding a prestigious international photography festival to showcase their talent. And this fall, he published a book,?My Journey as a Witness, telling the story of Bangladeshi photography as an instrument of social justice. He serves as an ambassador of this movement, in the words of PopTech?s executive director, Andrew Zolli, ?travelling the world leaving new cultures of art makers in his wake.? We sat down with Alam backstage in Camden, Maine. END_OF_DOCUMENT_TOKEN_TO_BE_REPLACED 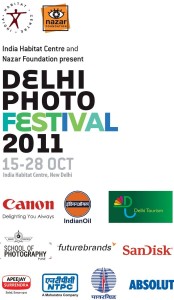 The biennial Delhi Photo Festival 2011 is an initiative of the?India Habitat Centre &?Nazar Foundation to bring photography, the real democratic art form, into the public space, thereby creating awareness of photographic arts and initiating dialogue amongst its many practitioners and lovers. 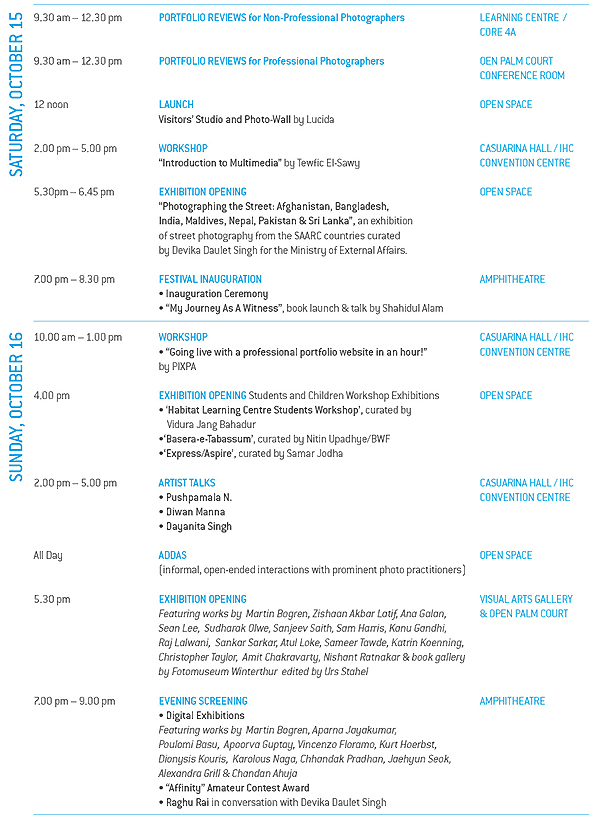 The first-ever Dhaka World Music Fest? ? February 4 ? 5, 2011, brings the eclectic grooves and hypnotic rhythms of Cuban-funk, Afro-beat, Baul, Reggae, Pala and Bangla-Latin fusion to your ears like never before.
The 2-day musical extravaganza features a plethora of world-class musicians from home and abroad. The month of February is eternal in the heart of each and every Bengali people and celebrating this auspicious month through the Universal language of music goes far beyond our geographic periphery since 21st February is celebrated as ?International Mother Language Day? across the world.
The Dhaka World Music Fest promises to be Dhaka?s official yearly international music hotspot, ushering in its new era as World Music hub. This will be the ultimate international musicfest experience to captivate all music-lovers.
The Bands
Dele Sosimi Band ? legendary Afro beat band from one of the originators of the Nigerian genre
Shahjahan Munshi ? Master musician who brings the blues to baul
Motimba ? fiery Cuban funk
Lalon band ? Bangla folk rock fusion at its best
Rob Fakir ? hypnotic contemporary Baul