G M B Akash wins ??Travel photographer of the year?

Our congratulations go to the Travel Photographer of the Year 2009, GMB Akash, our first-ever winner from Bangladesh, whose vibrant yet poignant images of rail travel in his home country and his portfolio depicting the ship-breaking industry in Pakistan showed how imagery can tell a story, and won unanimous praise from the judges. The standard of images in TPOTY 2009 was very high indeed, and it wasn’t easy for our judges to choose all our winners!
Amongst the 20 short listed entrants, Akash was unanimously voted the outstanding entrant in the 2009 awards by the judging panel. His two portfolios demonstrate ability to work with movement and a range of different light. They are vibrant and engaging whilst still managing to tell stories about the people and places in his images.
Please take a few moments to view the winning work of the photographers. It’s an impressive range of unusual subjects.
http://www.tpoty.com/2009/winners/gallerytpoty2009.html

Photography has the visual power to educate by allowing us to enter the lives and experiences of others. Through photography, I hope to help the society to empathize with hidden social, political and environmentally suffered people. My ongoing projects are ?Jihad, a fighter of Disability?, ?Living Stone?, and ?Burning Nature, Warming Earth.?. It is important to realize that no documentation will ever be finished. This work informs my identity that has started from one point but has no ending. 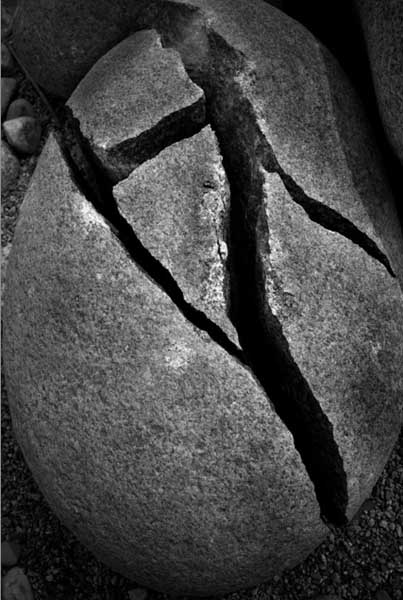 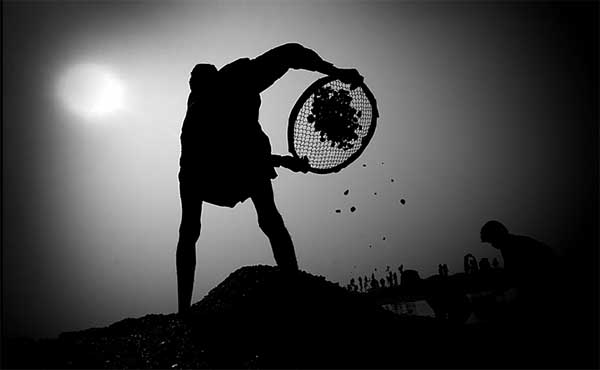 2009 PhotoPhilanthropy Activist Awards Winners
Greetings!
We are thrilled to announce PhotoPhilanthropy’s First Annual Activist Award winners. With essays from the far-reaching corners of the world to our own backyard, we realize that we have truly gone global. We have received 219 essays from 187 photographers who reside in over 30 different countries. Of these entries, 150 were from professionals, 49 from amateurs and 20 from students with the essay’s showing the work of 197 non-profit organizations operating in 63 countries. This amazing collection of images shows the global reach of photography and the incredible efforts being made by non-profit organizations to better so many lives.

A word from one of our judges:

“I was most impressed with the work that showed a personal vision and sense of visual style. The best of the entrants represented these qualities plus a clear connection to the issue and subject their chosen projects covered. Furthermore, the best of the entrants displayed a clear sense of what was important to show in their images to create powerful visual stories that could help highlight and raise awareness”.
– Judge Ed Kashi
On January 28, 2010 we will be celebrating the winning works at the First Annual PhotoPhilanthropy Activist Awards Night. We are honored to share these transformational stories brought to us by talented photographers and their chosen non-profit organizations. Each photo essay will be presented with original pieces of music inspired by the work, the music has been composed specifically for this event by a collective of Bay Area musicians as a celebration of both sound, vision and the human spirit.
Dear Alam Bhai,
This is my another photo Documentary news from Viewbook Photostory Contest 2009.
I got 2nd in the documentary category jury Prize and 1st public Prize!
see this link news:?http://www.viewbookphotostory.com/category/news/

Dear Shahidul,
I?m very pleased to report that Omi?s work on the Rohingya was chosen yesterday for the next Moving Walls, opening in June.? Fueled by our experiences in?Bangladesh, we developed a travel grant program for emerging photographers this year so we should be able to bring him to?New York?for the opening and make introductions for him to photo editors et al.? If you have any suggestions for connections we should explore for him, do let me know.
This is the full list of photographers in the next exhibition:
Jan Banning????????????????????? ?The Bureaucrats?
Mari Bastashevski?????????? ?File 126 ? Disappearing in?Caucasus?
Chachipe Youth?????????????? Roma youth photo competition
Christian Holst???????????????? on daily life in?Burma
Saiful Huq Omi???????????????? on stateless Rohingya Refugees living in?Bangladesh
Ara Oshagan??????????????????? ?Juvies?, on high-risk juvenile offenders in the?California?prison system
Lori Waselchuk??????????????? ?Grace Before Dying?, on inmate hospice volunteers at Angola State Penitentiary
It was nine years ago this month that I landed in?Dhaka?for the first Chobi Mela? what a landing.? Glad to still be connected to your work.
Hope you are doing well, wherever you are in the world right now.
best,
Quito
Quito?Ziegler
Exhibition Producer
Documentary Photography Project
Open Society Institute

Pathshala Board Member Passes Away 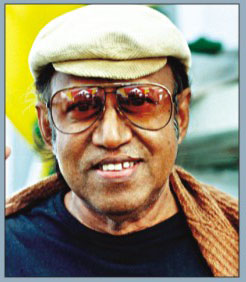 Internationally renowned agriculture scientist and photographer and author of a number of books on photography Dr Nawazesh Ahmed passed away yesterday.
Nawazesh , 80, suddenly collapsed and fell on the ground on the Bangabandhu International Conference Centre premises while returning home after attending “Celebrating Life”, a programme organised by The Daily Star and Standard Chartered Bank.
He was immediately rushed to National Institute of Cardio Vascular Diseases where attending doctors pronounced him dead. They said the renowned photographer suffered from a massive cardiac arrest.
Nawazesh was born in Paril Nawadha village in Manikganaj.
Nawazesh did his PhD from University of Wisconsin in USA in Plant Genetics. He spent 10 years doing research on tea plants.
He worked in Laos, Myanmar, Thailand and other South-East Asian countries as consultant of Asian Development Bank (ADB) and UN Food and Agriculture Organisation (FAO).
He authored numerous books on photography, including “Bangladesh”, the first picture album published in the country in 1975, “Portrait of Bangladesh” in 1985, “Burma” in 1981, “Quest for Reality” in 1986, and “Wild Flowers of Bangladesh” in 1997.
His photos were also regularly featured in major calendars and books.
Capturing the country through his lenses for decades, Nawazesh witnessed many historic events in the history of the country.
He took part in many photography exhibitions in USA, Europe and Japan.
His works were published in many globally reputed newspapers and magazines including the Sunday Times, the Guardian, Focus, Hemisphere, Illustrated weekly of India, Far Eastern Economic Review.
He was a board member of Pathshala, The South Asian Institute of Photography.
In his last speech at the ‘Celebrating Life’ programme, Nawazesh said photography deserves lots of dedication. Now a days people tend to think anybody carrying a camera is a photographer, but it is not true. “One needs much dedication to be a photographer.?
He headed the jury panel of ‘Celebrating Life’ 2009 Photograhy contest.
A life-long bachelor, Nawazesh left behind one brother, one sister and a host of relatives, friends, admirers and well-wishers.
He was buried on the 25th November at his ancestral family graveyard in Manikganj, family sources said. His body was kept at 166 Green Road in the capital and then taken to the Central Shaheed Minar at 11:00 am. Later, it was taken to his Manikganj village.
The Daily Star and Standard Chartered Bank deeply mourn the death of Dr. Ahmed.

The Final Presentation by the students of Bjerkely and Pathshala.

The exhibition and the final?presentation by the students of Bjerkely Folkeh?yskole (1st year),?Norway and Pathshala-South Asian Institute of Photography (2nd?semester under one year programme in photography), Bangladesh will be?held on the 22nd of November 2009. The exhibition and the final presentation are the outcome of the workshop which was conducted by?Pathshala teachers during the period from November 4-14, 2009.
Exhibition:
Opening: 22nd November 2009 at 3.00pm at Goethe Institut gallery. The?exhibition will remain open from November 22-26, 2009 from 10.00am to 8.00pm everyday. This exhibition is the outcome of the workshop which?was conducted by Pathshala teachers
Presentation:
22nd November 2009 at 4.30pm ? 7.00pm at Alliance Francaise auditorium.
23rd November 2009 at 3.00pm ? 8.00pm at Alliance Francaise auditorium. 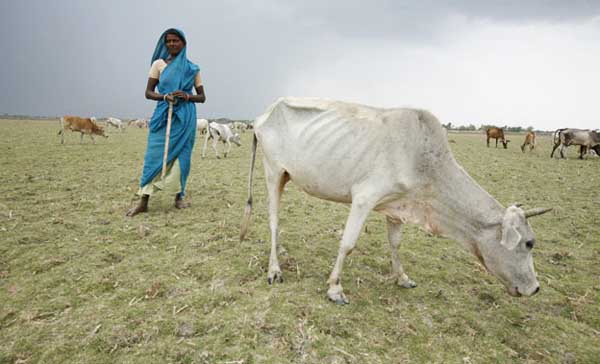 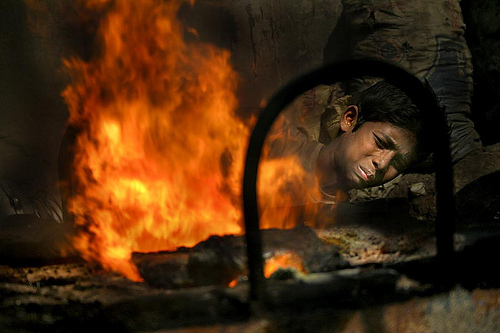 A Bangladeshi boy works in a shipbuilding factory in downtown Chittagong. These factories employ young boys as apprentices without pay for the first few years. They work in extreme conditions without safety tools like gloves, goggles, and other protective gear. In exchange, they learn the skills of the trade. But this costs them loss of health and education. It is illegal to employ children below 18, but the law is not enforced. ? S M Asad 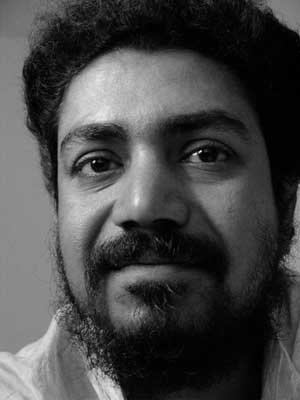 Self Portrait by Abir Abdullah

Abir Abdullah was born in 1971 in Bagerhat in Southern Bangladesh. He obtained a masters in Marketing (M. Com) from Dhaka University, before taking up photography. He completed a basic course in photography from the Bangladesh Photographic Institute in 1993, and completed a diploma in photojournalism from Pathshala in 1999. He was a student of the first batch of students of Pathshala and completed a three year seminar (Pleasure of Life) assigned and supported by World Press Photo Foundation- Netherlands. Abir has won numerous awards including the Mother Jones Award in 2001 for his work on Freedom Fighters (Veterans of the Bangladesh Liberation War in 1971), 1st prize in the WHO contest, Switzerland 2002. 1st Prize in SAJA (South Asian Journalist Association) Photo Award 2005. 1st Prize National Disaster category NPPA best of photojournalism award 2008.
Abir?s work has been published in New York Times, Asiaweek, Guardian and the New Internationalist Magazine and many other international publications. He was one of the photographers featured in the book BLINK, published by Phaidon, featuring 100 photographers worldwide. He worked as freelance photographer from 1994 to 1995. As a staff photographer at Drik Picture Library from 1996 to 2005, and has recently has joined as a photojournalist and Bangladesh correspondent of the European Press Photo Agency (EPA).
Abir has been a popular teacher at Pathshala, and has mentored many of the rising stars of Bangladeshi photography. His appointment will substantially strengthen the faculty of Pathshala.

Ciwem environmental photographer of the year 2009 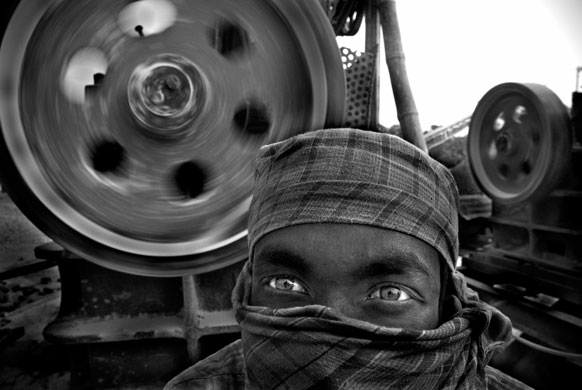 “Man and machine unites working day and night, to spin the life circle of the stone industry. Kalam Ali (age 26) has been working at a stone crushing machine for last four years. He knows there are many risks. He covers his face using his Gamchha (local weaved cloth), as an attempted safety measure from breathing in dust particles” ??Photograph: Khaled Hasan 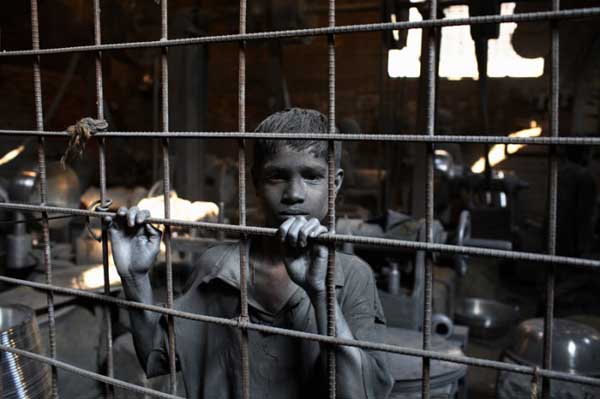 More than 6.3 million children under 14 are working in Bangladesh. Many of them work under very bad conditions; some of them even risk their life.17.5 percent of total children of the 5-15 age groups are engaged in economic activities. Many of these children are engage in various hazardous occupations in manufacturing factories. Factory owners prefer to employ children as they could pay them less and also able to keep their factories free from trade unionism. A child labour gets taka 400 to 700 (1 USD = 70 taka) per month, while an adult worker earns 5000 per month.?? G M B Akash

A photography tutor’s network that allows you to:

Young Photographers United (YPU) will launch an INTRANET FOR PHOTOGRAPHY TUTORS only!

This intranet could enable you to get into contact with other photography tutors around the world.?It is part of our ambitious plan to become the hottest SOCIAL NETWORK for photographers.?This social network provides the photographers with a free personal website, help and advice, and many more advantages.

HOW DO WE START?

To be able to build the perfect spot for photography tutors and photographers, we kindly invite you to fill in our questionnaire at

If you know any fellow photography tutors, please forward this mail.

Your help is very much appreciated!

On April, 28th, 2009?the results of ?Europe and Asia – dialogue of cultures? International Photography Contest have been summed up. The winner of competition and the owner of Grand Prix 3.000$ became the photographer from Bangladesh Khaled Hasan, presented a series of photos ?Living Stone: A community losing Its Life?.

The series by Il’dar Ziganshin (Russia, Yekaterinburg) ?The Roots of Gipsy’s camp? is awarded by a special prize ?The Best Photographer of Sverdlovsk Oblast?.
Finalists of the ?Europe and Asia – dialogue of cultures? Photo Contest include: