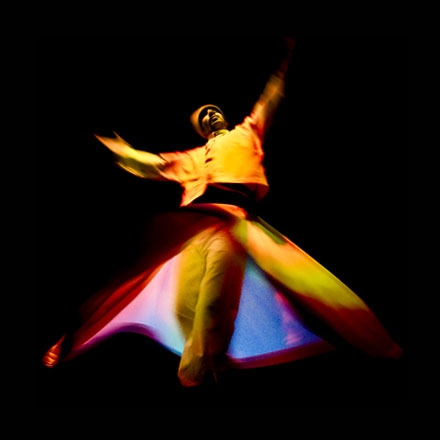 DIWANS.ORG is a participatory web project proposing an intercultural dialogue through artistic responses. DIWANS.ORG is generated by people around the world who are invited to produce and upload audio-visual creations inspired by the poetry of the Persian poet Hafez and the German writer Goethe. It is a contemporary interactive poetry bundle, in which you can contribute with an audio-visual response and discover which creations are inspired by your own work. You can also go deeply into in the related contexts or simply enjoy the audio-visual poems.
At its core, DIWANS.ORG is an artwork authored by everyone. It will create an alternative space on internet for new ways of story telling and making audio-visual poetry. We hope it will inspire people to see the beauty of our growing intercultural community.
To add and participate in the artistic process go to the PARTICIPATE button and upload your own creation.

The Persian Sufi author known as Hafez (1320-1390), a name that means the one who knows the Qur’an by heart, wrote his poetry and love songs as a response to the violent era in which he lived. The only rules he accepted were the rules of poetry. The ?ghazals? of his ?Diwan? went beyond the narrow-minded views of most of the political and religious leaders of his time. Hafez wrote hundreds of poems figuring wine, taverns, women, flowers, cedars, etc. The discussion about whether he meant these literally or symbolically continues and Iranians still honour him as one of the most important authors of their tradition.
Goethe (1749-1832) discovered Sufi Islam and its poetry through the translations of Hafez’s Diwan. Reading it, He recognized Hafez as his ?twin-brother? and decided to give an artistic response to his poetry. Goethe wrote his own ‘Divan’ in a new style, and thus changed the German language accordingly. Although the message in his ?West-East Divan? was not understood or accepted by his contemporaries, modern readers are slowly but surely discovering the greatness of his poetry and his universalism.
Both Diwans gained a fresh relevance in our turbulent times where we are living a multicultural society facing Islam phobia and where perceived Western and Eastern values seem to be in conflict.
‘Wer sich selbst und andre kennt
Wird auch hier erkennen:
Orient und Okzident
Sind nicht mehr zu trennen.’
‘Who knows himself and others well
No longer may ignore:
Occident and Orient dwell
Separately no more.’
Goethe, West-?stlicher Divan

This web project invites anyone to participate in an artistic process. This process has three phases:
1/The German writer Goethe discovered Islam, Sufism and another world view through the poetry of the Persian poet Hafez. He was so fascinated by this revelation that he decided to write a poetry bundle, the West-East Diwan, as an ode to this other world.
2/We decided to continue this artistic process, by asking twenty contemporary audio and visual artists to create a work inspired by the ‘Diwans’ poetry of Hafez and Goethe. Firstly a number of artists made sound creations, each one inspired by a selected poem. Then visual artists answered with their own creative interpretation, based on both the poem and the sound work. In this way we curated a series of original audio-visual poetry based on the ‘Diwans’ poetry.
http://www.diwans.org/#item=68&screen=experience