Subscribe to ShahidulNews
Magnum Photos Sales Director joins MAJORITY WORLD?
London: (June 2011) MAJORITY WORLD? today announced the appointment of Chris Barwick as Business Development Director. Chris previously held senior roles with industry heavyweights Getty Images and Corbis. Most recently with Magnum Photos, he headed up the London office as Director of Sales with responsibility for all products and services. Chris brings over 14 years of experience to this role and is now tasked with driving the growth of MAJORITY WORLD?. Chris? position is effective immediately. 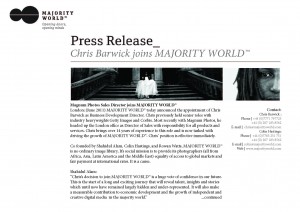 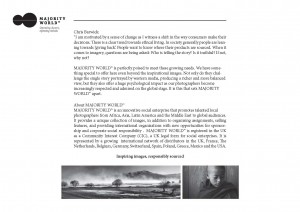