‘Could you get a small size pizza and some French fries for Zafrullah and send to GK? He is not eating and maybe a change in menu will help.’  It was our very own freedom fighter Dr Zafrullah Chowdhury that Shireen Huq, his wife, was talking about, and I wasted no time in my search for the pizza.

END_OF_DOCUMENT_TOKEN_TO_BE_REPLACED

LOUD and angry, the child’s voice reverberates along the Dhanmondi streets. Unlike the other cries, this one quickly recedes before I can turn on my audio recorder. The incessant pneumatic horns, the screeching of brakes, the dust spewing up from potholed worn tarmac that bedraggled buses bump their way through have gone. With factories and offices closed, load sheddings have also gone down, though the transformer blowing up as the kal boishakhi storm hit, did lead to a power outage. Above the cawing of a crow that has built its nest close to our verandah, we can hear other birds sing. Sounds interspersed with calls of small time vendors, trading what they can, selling what they can. While they can. Despite the other sounds, the child’s cry keeps echoing in my mind. 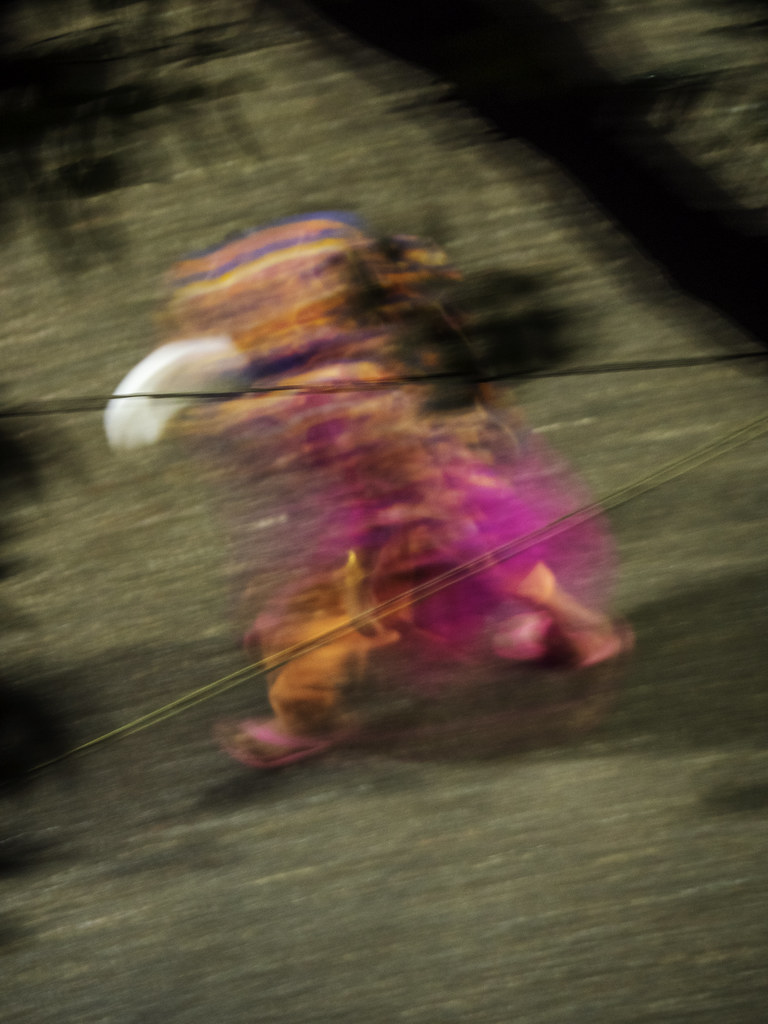 Running down the street as she cries for food, Dhanmondi. — Shahidul Alam/Drik/Majority World

END_OF_DOCUMENT_TOKEN_TO_BE_REPLACED

Cui bono is often a good starting point in an investigation. Literally meaning ‘who benefits?’ Whoever appears to have the most to gain from a ‘crime’ is probably the culprit. Stepping back from the ‘whodunnit’ nature of the drama that is playing out, we could be less dramatic and just look at the meaningfulness or advantages of carrying out an important function.

At this point in Bangladesh, as in many other countries, there are few things more important to do, than to detect whether or not one has been infected by the Covid-19 virus. For many, it could literally be a matter of life and death. It is beyond dispute that an efficient, accurate and affordable kit that could be made readily available would be of immense value to the country.

END_OF_DOCUMENT_TOKEN_TO_BE_REPLACED

Rahnuma forwarded me Laily’s wrenching FaceBook post. Her father is dying, far away in a UK hospital. Heart breaking, holding back tears, she and her family watch from afar. Unable to touch, to hold, to caress the person who is dearest to them. This is what Corona means in real terms. It was through her research on one of my heroes, the peasant leader Abdul Hamid Khan Bhashani, and later through them staying at the Pathshala Guest House, that we got to know her. Bhashani’s principle of putting nation before self and his simple lifestyle is a very distant reality from the ruling politicians of today. Despite its pain, Laily’s post reminded me of my own dad and my childhood. I remembered dad resting in his easy chair. His belly just the right slope for us kids to use as a living slide. We used to call him bhalluk (bear), and every day as he rested after lunch, my cousins and I would line up behind the easy chair, clamber up to his shoulders and slide down his belly. Mum would freak out, as my dad had osteomyelitis as a child and had never fully recovered. His shins were always exposed and very fragile. Quite apart from wanting him to rest, the idea that we might aggravate his injury worried her. Abba was unperturbed, happy to be teddy bear to a room full of kids. We’d run back to the end of the queue to slide down again. We were always tired before Abba ever did. We didn’t think of it as physical contact in those days. When Abba died, I remember feeling the stubble that had grown on his soft skin, as I stroked him before we laid him down.

Newcomers to Bangladesh are overwhelmed by the generosity of our village folk. They love it when strangers clasp their hands, but are somewhat unsure when seconds, sometimes minutes pass, before their hands are reluctantly released. Years ago, when we at Drik were trying to improve our English skills, we struck a deal with the local office of the British Council. Unable to pay for the expensive English classes, we negotiated a barter. We would do their photography. They in turn, would teach us English. It wasn’t just language skills though, it was learning English culture. One of the first things our English teachers told us was to release the hand quickly! Prolonged physical contact could make the English squirm.

END_OF_DOCUMENT_TOKEN_TO_BE_REPLACED

In the winter of 2012, I travelled from New Delhi, where I grew up, to Calcutta to visit my cousin Moni. My father accompanied me as a guide and companion, but he was a sullen and brooding presence, lost in a private anguish. He is the youngest of five brothers, and Moni is his firstborn nephew?the eldest brother?s son. Since 2004, Moni, now fifty-two, has been confined to an institution for the mentally ill (a ?lunatic home,? as my father calls it), with a diagnosis of schizophrenia. He is kept awash in antipsychotics and sedatives, and an attendant watches, bathes, and feeds him through the day.

My father has never accepted Moni?s diagnosis. Over the years, he has waged a lonely campaign against the psychiatrists charged with his nephew?s care, hoping to convince them that their diagnosis was a colossal error, or that Moni?s broken psyche would somehow mend itself. He has visited the institution in Calcutta twice?once without warning, hoping to see a transformed Moni, living a secretly normal life behind the barred gates. But there was more than just avuncular love at stake for him in these visits. Moni is not the only member of the family with mental illness. Two of my father?s four brothers suffered from various unravellings of the mind. Madness has been among the Mukherjees for generations, and at least part of my father?s reluctance to accept Moni?s diagnosis lies in a grim suspicion that something of the illness may be buried, like toxic waste, in himself. END_OF_DOCUMENT_TOKEN_TO_BE_REPLACED

AWARD-WINNING film-maker Tareque Masud, broadcast journalist Mishuk Munier and three others died in a car crash on August 13, 2011 when a Chuadanga-bound bus rammed into the film crew?s microbus on the Dhaka-Aricha highway in Manikganj. It was raining; the bus was travelling at a high speed. Their deaths were instantaneous.
Dhali Al Mamoon, his artist wife Dilara Begum Jolly, Tareque?s wife American-born film editor Catherine Masud, production assistant Saidul Islam, and writer Monis Rafik survived the accident. Mamoon?s injuries were the most severe. END_OF_DOCUMENT_TOKEN_TO_BE_REPLACED

In the cool interior of a mental ward in Karachi, a short, powerfully built man with a flowing snow-white beard and penetrating dark-brown eyes is standing at the bedside of a distraught young woman. She has covered her head with a sheet and is pleading for news of the two children her husband took from her.
?I know you are suffering terribly, but this is no way to bring back your children,? says the man with stern compassion. ?You have a college degree. You can do many things to help the other patients.?
More photos on flickr: END_OF_DOCUMENT_TOKEN_TO_BE_REPLACED 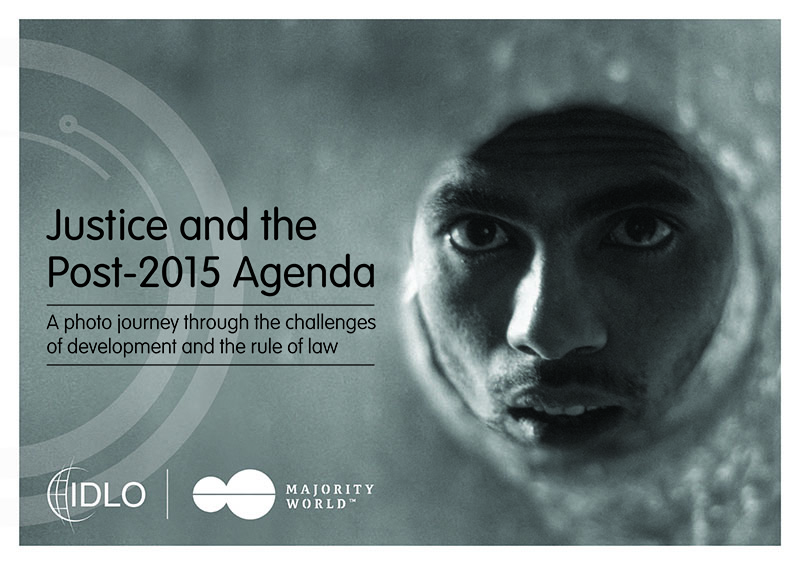 END_OF_DOCUMENT_TOKEN_TO_BE_REPLACED

Farzana Hossen 2013 Winner
?Without a doubt, this is the strongest set of images and written text that we have seen today. I get a clear sense that Farzana has an invested interest in conveying the horror of these attacks. Congratulations to all those who entered on undeniably strong work? Don McCullin,?Patron.
?I am delighted that the judges have chosen another strong winning entry this year, both in terms of the importance of the subject and Farzana?s remarkable personal story that brought
her to approach it.? Aidan Sullivan Founder, IPS.

Mehran Hamrahi 2013 Commended
?One of the most rewarding experiences of judging this year?s award was seeing the explosion of work being submitted from foreign photographers, particularly Asia. I was impressed with
the standard and professionalism on display and how these photographers approached important social issues in their locality? Simon Roberts, Judge and former winner.
The judges felt that Farzana?s winning portfolio ?Lingering Scars? communicated an intensely personal story with brave and intelligent visual story telling of great strength and depth of composition. In Bangladesh, reports of violence against women are on the rise. Oftentimes, it takes the form of acid attacks, which are estimated to occur every two days, the majority of sufferers being female.
We received an unprecedented level of entries again this year, the standard was higher and applicants younger than ever before. Our judging is done as a process of elimination, so portfolios are removed from each round depending on their strength as a potential winner. The final round of portfolios from institutions like Pathshala, Danish School of Journalism, LCC UK, Westminster UK, Ohio USA, Falmouth UK, Newport and Azad University of Ahvaz, showed such flair and extraordinary vision that the judges found it difficult to select just four finalists.
Ian Parry was a photojournalist who died while on assignment for The Sunday Times during the Romanian revolution in 1989. That was 20 years ago, he was just 24 years of age. Aidan Sullivan, then picture editor at the Sunday Times, created the Ian Parry Scholarship with Ian?s friends and family in order to build something positive from such a tragic death.
This is the second time in three years that a Pathshala student has won this prestigious award. The 2011 award was won by Rasel Chowdhury with his work “Desperate Urbanisation“.
Farzana is a contributing photographer to the Majority World Agency. Her work was recently shown at the Guardian Gallery in London.