While Bangladesh might be the minnows in test cricket. In the field of photography, Bangladesh has carved a space for itself. Former students of the prestigious Joop Swart Masterclass, GMB Akash, Andrew Biraj, Munem Wasif and Saiful Huq Omi are amongst the finest photographers around today. Abir Abdullah, a student of the first World Press Photo seminar series in 1998, was a member of the international jury this year.
The international jury of the premier contest World Press Photo,?is considered the UN of photojournalism.?Its accolades are coveted by photographers across the world. Shahidul Alam, who has been a juror on four occasions, is the only Asian to have chaired the international jury, ?Besides these Pathshala photographers, Shafiqul Alam Kiron, a photographer from the MAP agency has also been a winner in the past.
Andrew Biraj was also a winner (3rd Prize) in the Daily Life category this year, with the following image: 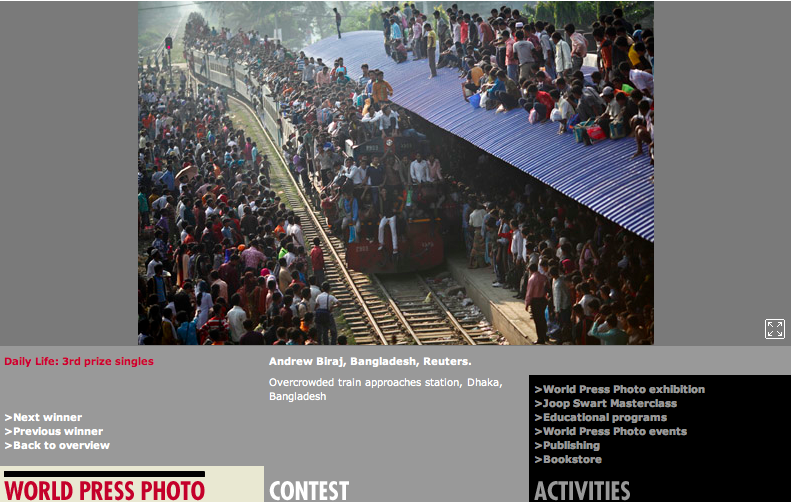